Upper Mustang trek follows the snow-capped mountains and barren hills reaches deep inside the vast Tibetan plateau. It is a great adventure trek along with “off the beaten path” in the Trans-Himalayan Region. Actually diverse components work together to make mustang one of the important trekking spot.

This beautiful Upper Mustang trekking trip starts from Jomsom to Kagbeni, the entry point of upper mustang region. Follow the banks of Kaligandaki River upstream to get to lo-manthang and is the capital of upper mustang.

Another attraction in the Mustang region is that the Tiji Festival influenced by Lamaism, that is regular to coincide with the top of the time of year late spring. Upper Mustang trek could be a rare and privileged chance; you’ll be able to expertise actuality lifetime of the mountain folks of Kingdom of Nepal. This region is obtaining thenceforth one in all the foremost visited trails as a distinct difficult high plain desert. Mustang is one in all the few places in Annapurna Himalayan region region that has been able to retain its ancient Tibetan culture.

This beautiful Himalayan kingdom is decorated with caves, forts, monasteries and temples. The region is full of some of the Nepal’s oldest Buddhist monasteries ancient and isolated villages. The widen Himalayan kingdom, the Kaligandaki River, spectacular views of snow peaks and world deepest gorge among others are trip highlights of the area.

In the real sense, trek to upper mustang is all through roughly tree less barren topography, step rocking, trails up and down hill with massive sceneries of nilgiri, Annapurna and Dhaulagiri Himalayan peaks which makes your Nepal trekking memorable. 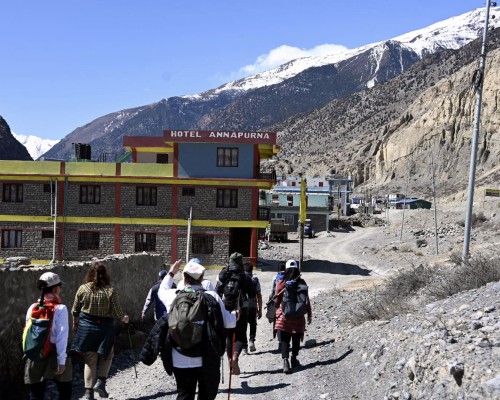 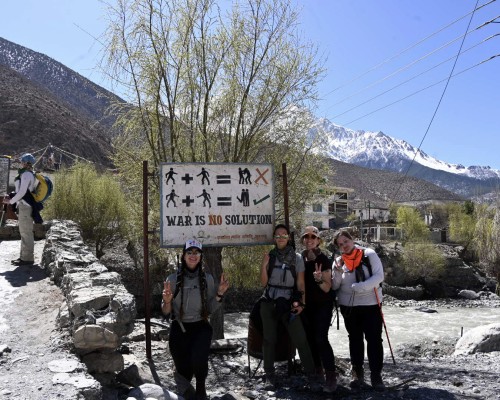 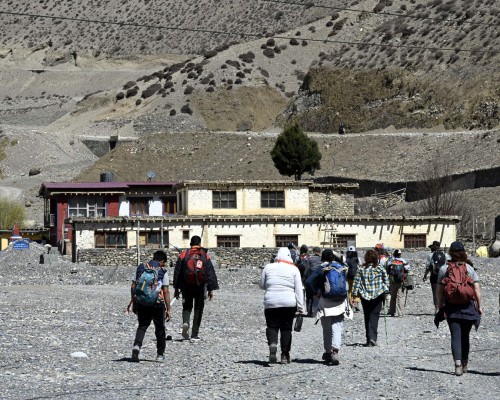 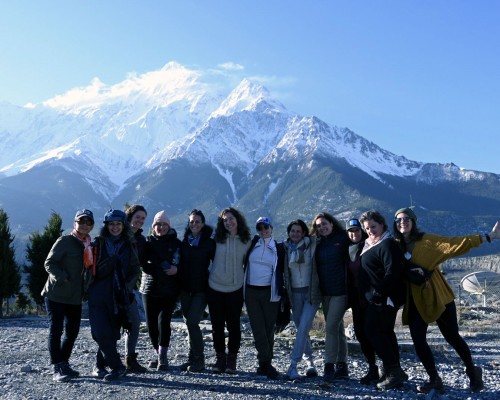 We will meet you at Tribhuwan International airport, Kathmandu and transferred to the hotel, after your freshness briefing program for your trekking, overnight at hotel.

After your breakfast we will start a guided tour to the most historical and spiritual attractions in Kathmandu valley, including Pashupatinath Temple, Kathmandu Durbar Square, Swayambunath (Monkey Temple) and Buddha Nath, one of the large Stupas in the world, overnight at hotel.

Today we leave to Pokhara, which takes 30 minutes by flight and 6-7 hours by bus. Today you will be free in Pokhara you can visit yourself. Pokhara is beautiful lake city which offers panoramic views of Mt. Machapuchre, Mt. Dhaulagiri, Mt Annapurna and Mt. Manaslu. Overnight at hotel

Early in the morning we take a flight to Jomsom that is the District headquarters of the Mustang. From here we tend to walk to Kagbeni that the start line of the mustang trekking. We walk through undulating trails till you reach Kagbeni, a noteworthy associated typical Tibetan village at the entry purpose of this upper mustang trek.

Today the trail starts with a special allow throughout the scenic picturesque place to prevent up and downhill. We tend to trek forward to Chhusang and when crossing the watercourse head fallen from the drop-off on top of, forming a tunnel through that the Kaligandaki follows. Then we tend to head on to little ridges to reach Chele.

Today the trail follows to Taklam Pass, through plateaus and slim stretches that provide a viewpoint to urge in glorious views of the Mount Nilgiri, Tilicho peak, Yakawa Kang and Damodar Peak. Then we’ll continue for Syanbochen (3475m) which can be our stop for today.

Today the trail goes through uphill to the Yamda La pass (3850m), passing Chorten and little native settlements. From here we ascension up to the Nyi Pass (4010m) and descend to Ghami one in every of the larger villages within the Mustang. From here the trip leads east to Charang, and once eleven kilometers of ascending and drizzling we tend to reach Charang.

Today we tend to walk following the Tsarang watercourse to the north and bit by bit climb up to the Lo La (3950m); from here we can see the great views of Lo – Manthang and northern range of mustang. Then we straightforward downhill walk to ancient walled capital of Lo- Manthang.

After having breakfast, we tend to select walking tour round the depression. There are square measure four major Gompas that square measure price visiting: Jampa Gompa, the oldest, inbuilt the first fifteenth century and conjointly referred to as the “God house”; Thubchen Gompa, a huge, red auditorium and Gompa inbuilt the late fifteenth century and settled simply southwest of Jampa Gompa; Chodey Gompa, currently the most town Gompa; and also the Choprang Gompa, that is thought because the “New Gompa”.

After Excursion the walled town of Lo Manthang, we are going to build our come back trek on a unique route to Drakmar. On the way we can visit ancient Ghar Gompa, which is believed as place wherever we are able to fulfil our smart desires. From Ghar Gompa the path climbs to the ridge, crossing a natural depression on some alpine meadows, and so dropping down a steep worn path takes you to the Drakmar

Today the trail practices the beautiful depression; the wide and mild path with some ascends and descends to huge Village Gelling. In the evening explore the wealthy culture village with nice recent religious residence.

The path walks through a steep ridge of hills providing some fine views of wind lapidarian hills. The country facet scenery is value seeing with the superb mountain views.

Today the path goes through the village of Jharkot wherever one will visit the Jharkot religious residence, Tibetan flavoring centre and therefore the recent defensive structure of Jharkot, once served as palace. Then we continue towards the Jomsom following the Kaligandaki natural depression.

In the morning 30 minutes spactular flight to Pokhara between gorge of the two huge Annapurna and Dhaulagiri range. Pokhara is really pretty, located at the foothills of the Himalayas. Today you will be free at Pokhara, where you can visit around lakeside yourself.

Today we tend to leave Pokhara to Katmandu, which takes half-hour by flight and 6-7 hours by bus. Overnight at Katmandu hotel.

Dream Heaven Adventure Team say sensible bye and take you to the TIA to catch your flight.