After, the place was opened officially for trekking; construction of teahouses and lodges along the trail was started. Now a day, while trekking this trekking route, you can see tea houses available even up to high altitude.

Mardi Himal Trek trail is situated below the Fishtail Mountain. You can reach the base of Mardi Himal by hiking from east of Annapurna Base Camp trek. The trek to Mardi Himal Trek begins from pokhara and ends at Pokhara. The Mardi Himal trek is goes through beautiful villages Rhododendrons forests.

Trekking over the Mardi Himal trails on rugged land scopes, you will be able to eyewitness  the amazing views of mountains such as Mardi,MAchhapuchhre along with Annapurna. You will see the best views of Machhapuchhre from the whole Annapurna range covered in snow.

After reaching the Mardi Himal Base Camp you can enjoy the perfect view of the Annapurna range during the trek spectacular sunrise and sunset views will make your trek remarkable. As a whole Mardi Himal Trek is an awesome package,full of adventure.

The weather and temperatures at Mardi Himal is various throughout the year. They are defending by 4 different seasons summer, spring, winter and Autumn.

In Spring season the weather is perfect for trek. The sky above you head will be blue and crystal clear. The views of mountains won't be obstructed by any medias. In spring forest beauty is enhances by the colorful Rhododendron blossoms.
The average day time temperature is about 17 degree c. However it may go up to 20 degree c. The temperature at nights and early morning are colder but not so freezing.

Summer season is warm with heavy downpour and frequent monsoon rains. During summer season ,the views is obstructed by heavy clouds .thus usually views are not clear ,even though the weather is not favorable, if you are lucky enough you may catch the dirt free and beautiful scenic views after heavy downpours.
The summer season is warm with average temperature between   10 -23 degrees. However the temperature after rainfall and during nights and mornings drops to 5 degrees.

Autumn season arrives just after monsoon season. As monsoon has cleared the atmosphere autumn season has clean and dear environment. The mountain shines with grace when rays of sun strike it. The weather is much more favorable and satiable for trekking. There is low precipitation and hence low chance of rainfall. However it may rain little in early autumn in September. The day time temperature is around 20 degree c, whereas night time temperature is close to 5 degree Celsius.

Winter in mountain range means unbearable cold winter continues from December to February at Mardi Himal. The weather is extreme and unfavorable for trekking. The trekking trails are covered with piles of snow due to heavy snowfall. During winter season, the average temperature drops about to 5 degree, with every 1000m ascent in height. The days are a bit warm with temperature of 9-13degrees. But the temperature of morning and evening are freezing. At these times temperature reaches down to -10 degree Celsius. 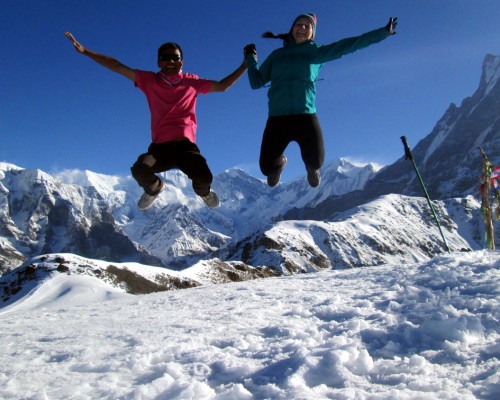 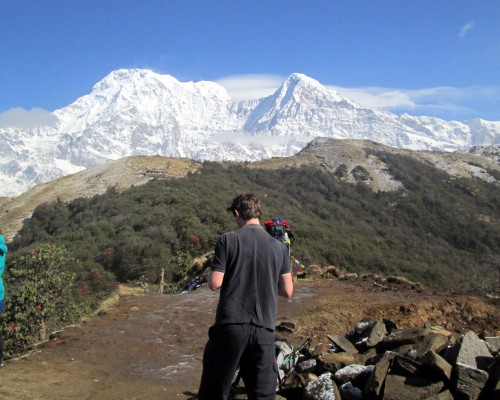 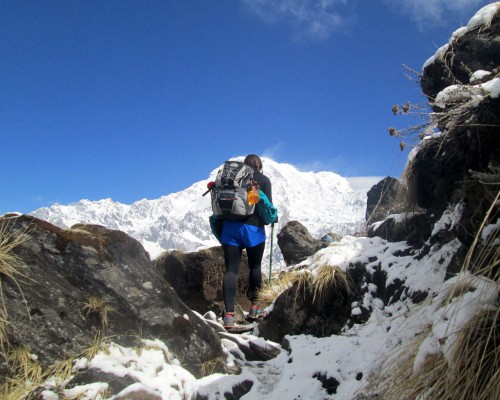 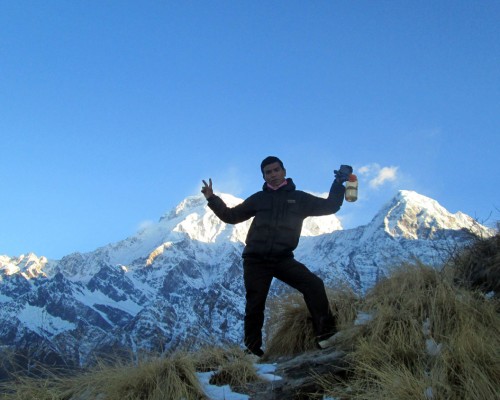 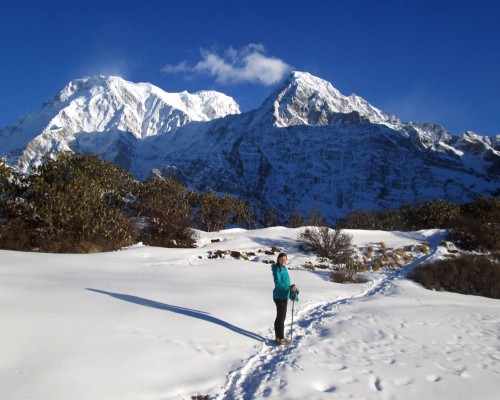 Meet at Tribhuwan International airport, Kathmandu and transferred to the hotel, after your freshness briefing program for your trekking, overnight at hotel.

In the morning, drive or fly to Pokhara, which takes about 30 minutes by flight and 6-7 hours by bus. Today you’ll be free in Pokhara you’ll visit yourself. Pokhara is gorgeous lake town that offers broad views of Mt. Machapuchre, Mt. Dhaulagiri, Mt Annapurna and Mt. Manaslu.

After breakfast at Pokhara hotel, drive to Kande which takes about 30 minutes by private vehicle. Then we continue our walking through local villages and beautiful forest to reach Deurali. Overnight in deurali

After breakfast, our day walk starts from Deurali to and ends at Forest Camp. First we walk through plain way and then we continue our walking through beautiful pine forest. We will take a packing lunch because there is not any hotel/restaurant on the way. Overnight in Forest Camp

The day walk is pleasant walk for us that we walking inside the forest. We will experience the thrill of walking in the wilderness rhododendron forest. The mountain views from low camp terrific. Overnight in Low Camp

Today the trail goes out of forest, so we can enjoy the astonishing views Mount Annapurna South & Hinchuli Himal. We continue our walking to High camp for our overnight stay, from where we will have some incredible Himalayan views. Overnight in High Camp

Early morning sunrise view and take a breakfast, then hike up to upper view point to get fantastic views Annapurna, Dhaulagiri and surrounding peaks of the Himalayas. After spending some time back to lodge, overnight in High Camp

Take a breakfast at High Camp and descend down towards Sidding village. We continue our walking through beautiful rhododendron forest to reach Low Camp. Take a lunch at Low Camp and we further walk to beautiful traditional Sidding village.

Today is final day of our Mardi Himal trekking. We descend down to Lumre walking through the beautiful village of Tamang and Gurung. When we reach to Lumre, catch a vehicle and drive back to Pokhara. Overnight in Pokhara

Drive or fly to Kathmandu, which takes 30 minutes by flight and 6-7 hours by bus. Overnight at Kathmandu hotel

Representative from Dream Heaven Adventure will take you to the airport to catch your flight back to your home.